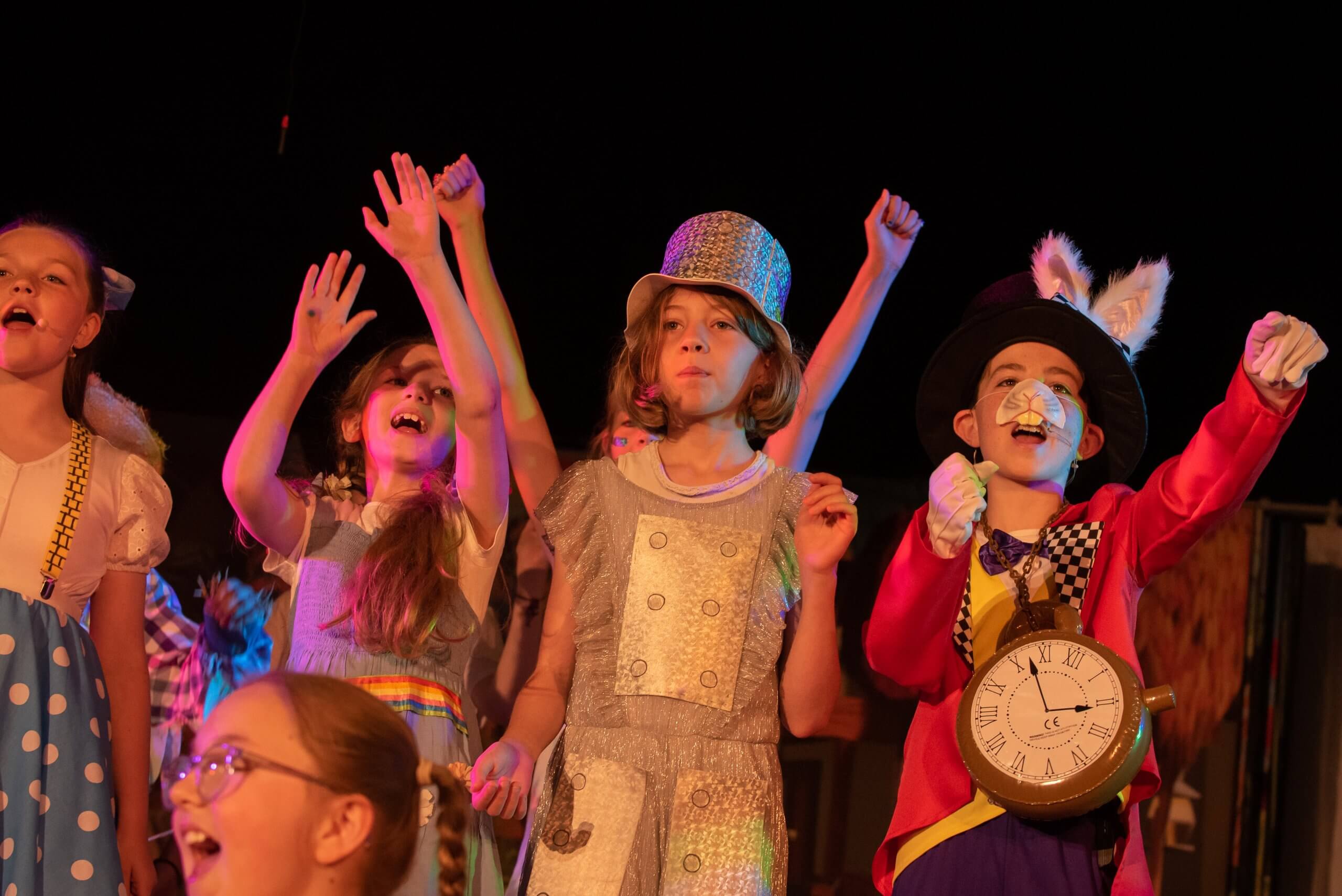 Our Activate Stars have the opportunity to perform 3 times a year as we work towards a different theme each term. Once a year we stage larger scale productions. Our Rising & Mini stars are currently working towards performing in the magical show of ‘Alice goes to Oz’ this will be performed at Ushaw Historic House in the beautiful Theatre

Performances for ‘Alice Goes to Oz’ were on Sunday the 24th, Monday the 25th and Tuesday the 26th of July at 5pm- Each show was a great success and every students did an outstanding performance.

UPCOMING SHOWCASES AND PERFORMANCES FOR THE WINTER TERM:

Mini stars will be performing a wonderful festive show of ‘The Penguin who wanted to be real’- the performances will be held in class times during the last class of the term for Family and Friends.

Rising stars will be performed a Take on Oliver Twist an performance called ‘Twisted’ again performed in the lst class of the term.

Activate have now done a large collections of shows over the years. The large scale productions have been performed by our Shooting & Rising stars:

Being part of an Activate Show is a unique and wonderful experience. We encourage all our Activate stars to fully embrace the process of putting on a show. We support them in the challenge of developing a character and give them the confidence to stand in front of an audience and work together as a team.